Let's keep fighting for Universal Pharmacare
Learn More
Posted by Anonymous on June 17, 2021
Nazi and the Ku Klux Klan items among those targeted in private member's bill
By: Theresa McManus 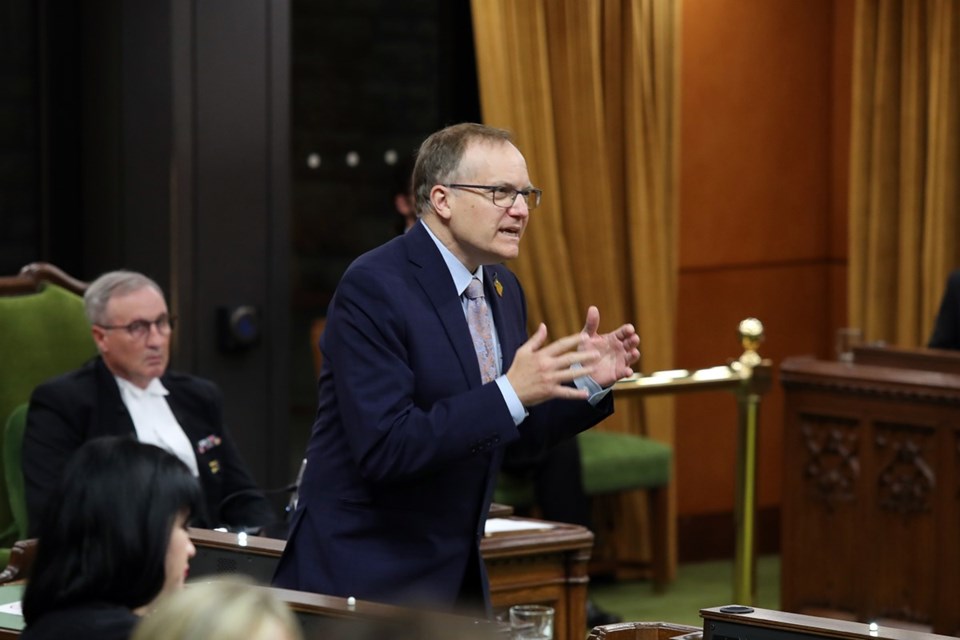 Peter Julian has put forward a private member's bill that takes aim at symbols of hate.

Julian is writing to municipalities across the country to seek an endorsement of his House of Commons motion related to anti-hate crimes and incidents and his private member's bill on banning symbols of hate.

“We are living in an unprecedented time,” he said in his letter to municipalities. “The killing of George Floyd in the U.S., and the deaths of Regis Korchinski-Paquet, a 29-year-old Indigenous-Ukrainian-Black Canadian woman, occurred in Toronto, and Chantel Moore, an Indigenous Canadian woman, was shot and killed by Edmundston police, New Brunswick police, who were called to perform a wellness check – were results of systemic racism. “

Julian said Bill C-313 would prevent anyone from selling and displaying symbols that promote hatred and violence against identifiable groups. He believes that banning symbols of hatred, like swastikas or the Ku Klux Klan insignia, is important for all Canadians to feel safe.

In his letter to municipalities, Julian said there has been an “alarming increase” of anti-Asian racism and hate crimes in Canada and across North America since the start of the pandemic.

“The recent murder of the Muslim family in London, Ontario, was yet another reminder that hate and Islamophobia exist in Canada,” he wrote. “We must take a strong stance against all forms of hate and racism against Black, Indigenous, people of colour and racialized communities.”

On June 17, Julian tabled Bill C-313 – an act to amend the Criminal Code (banning symbols of hate) in the House of Commons. It would broaden provisions in the Criminal Code relating to hate propaganda, by making it an offence to publicly display visual representations that promote or incite hatred or violence against an identifiable group.

Bill C-313 states it’s in the interest of all Canadians to prevent the display or sale of symbols or emblems such as the Nazi swastika and the Ku Klux Klan’s insignia. Other items that would be banned would include flags, such as the one used in Germany from 1933 to 1945 and those of the Confederate States of America between 1861 and 1865.

Uniforms, including the German and Confederate States of America military dress of those periods, would also be banned, as well as the hoods and robes of the Ku Klux Klan.

The preamble to Bill C-313 states that Parliament recognizes the importance of preventing all forms of hatred or violence against any group that is distinguished by colour, race, religion, national or ethnic origin, age, sex, sexual orientation, gender identity or expression, or mental or physical disability.

Although Julian tabled his bill on June 17, it’s been in the works for months and has included consultation with anti-hate groups, lawyers and “legislation drafters” in the House of Commons.

“We are looking into legislation now based on what other countries have around the banning of Nazi symbols,” he told the Record in a September 2020 interview. “In other countries, particularly in Europe and Germany, because the Nazi symbol is a profound symbol of hatred, anti-Semitism, violence, racism, it’s not something that should be taken lightly at all. Other countries have cracked down on the usage of that because it’s not something that is appropriate in any community.”

Julian firmly believes there needs to be stronger rules governing the use of symbols of violence and hate.

“In Germany, Nazi symbols are only used in terms of public education. There are exceptions when it comes to public education about the appalling brutality of the Nazi regime. That’s where, in places like Auschwitz and other places in Europe, people can be educated to the incredible brutality,” he said. “I find our schools are doing a good job in educating the kids about what it represents. I think the vast majority of people in our community want to see something like that governed, so the only usage really is public education so that people can understand how horrific this brutal, brutal philosophy and regime was.”

Julian said he has visited businesses that have sold items containing Nazi symbols.

“I have always felt that it was absolutely inappropriate,” he said. “I have two members in my family that are in the cenotaph in New Westminster outside of the city hall. I know a whole generation made enormous sacrifices to fight back against Nazism and everything it represents.  As a country, we have to push back against that.”

Julian said he’s heard from local residents who are concerned items with hate symbols are being sold in New Westminster.

“A number of people in New Westminster have expressed real horror of these kinds of symbols being available anywhere in the country and in our community,” he said.

Bill C-313 would amend the Criminal Code by adding a section related to the “promotion of hatred or violence — visual representations.”

It proposes that everyone who, willfully or recklessly, promotes or incites hatred or violence against any identifiable group by publicly displaying, selling or offering for sale a symbol, emblem, flag or uniform that identifies, or is associated with, a person or organization that promotes or incites, or has promoted or incited, hatred or violence against an identifiable group, is guilty of an indictable offence and is liable to imprisonment for a term not exceeding two years or an offence punishable on summary conviction. Some exemptions would apply, which the Record is seeking to clarify.